Warning: count(): Parameter must be an array or an object that implements Countable in /home/dininggu/public_html/wp-content/themes/wpex-blogger/inc/classes/custom-metaboxes-and-fields/init.php on line 746
 Why Indulgence Doesn’t Equate to Unhealthy Eating - dining-guide.net 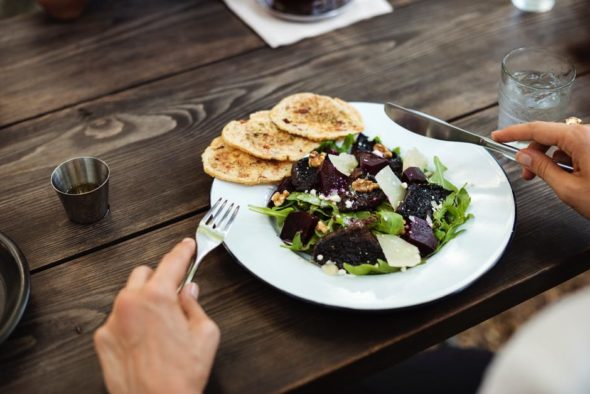 Admittedly, for the most part indulgence does equate to unhealthy eating, which is why it’s called indulging, but it really doesn’t have to be. We’ve come a long way from the days when cheating on your diet meant that you had to embrace the effects of that ‘a moment on the lips is a lifetime on the hips’ cliché, simply because the options were limited to us back then.

Nowadays we have some very clever people working around the clock to cater to all sorts of things, one of which is being able to enjoy the act of eating food that tastes great without having to stuff your face with junk that is really bad for you. This perhaps solves all sorts of potential and existing psychological problems which encompass the self-esteem realms, to the end of something like a stick-thin model being associated with someone who can never enjoy a chocolate bar in their lives.

Who wants to be a model in that case? I’d rather have a little bit of what looks like natural fat around my thighs for example and be able to enjoy the magical taste of a milk chocolate bar every now and then, this as opposed to taking pride in having something like a very ridiculous-sounding thigh-gap.

Is there anything natural about a thigh gap?

Okay, we’re not here to bash models – it’s the path you chose and for all I know it’s not as bad as I may have made it to sound over the past couple of paragraphs. Perhaps your diets are only aimed at a specific gig, function or do, over which they’re engaged for the period of time spanning those events, so I guess life must get back to normal at some point.

I’m sure a cheeseburger goes down well every now and then, but I guess this will bring me back to the main point of the discussion, which is that of the fact that you can give your taste buds a real treat, pretty much every single time you feed yourself without it making for an unhealthy eating practice.

Think organic, as much as organic eating is associated with expensive food that tastes like cardboard because after all, that’s what healthy eating is all about, isn’t it? No it isn’t!

Looking closer to home, some of the best chocolate gifts you can get for yourself perhaps and maybe for loved-ones are those which aren’t designed to stay on the shelves for long. This is because of the freshness of the ingredients used, such as cocoa which isn’t processed with something like gluten and some preservatives, for example.

You don’t have to look too hard – indulgence doesn’t have to be unhealthy at all.