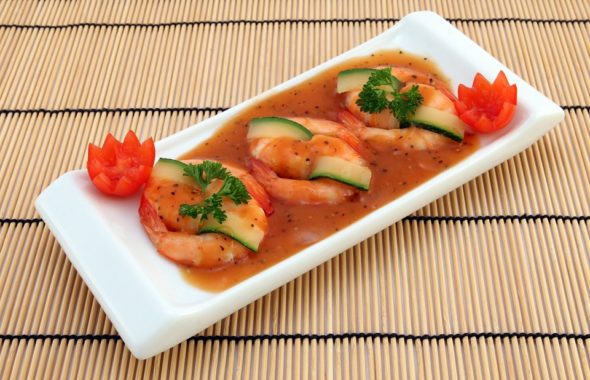 For most people, learning how to cook is usually a trial and error affair. Yep, they switch on the Food Network, have a look at a few recipes, and try to emulate what they see on tv. Otherwise, how else will they be able to eat healthy with all the junk food in the market?

Naturally, no one is born with the knowledge to create a scrumptious sauté chicken, or better yet, prepare blanch vegetables. That being said, here are some great tips that top chefs use every day to make their meals marvelous!

Par-cooking stands for partial cooking, and it involves cooking a dish now, then finishing the dish later towards the time one wants to serve it. In fact, from time immemorial, most chefs have been using this method to cook dishes that easily dry out moist, so as to retain the flavor. This is to avoid making the food test like leftovers.

The method is also favorable when you start cooking a dish in a specific way (for example, baking chicken in order to keep it moist) then finalizing on it with another cooking technique (say grilling the chicken to obtain a delicious char).

Par-cooking is pretty general, and it really depends on the timing as well as the recipe that you’re planning to prepare. A majority of recipes require par-cooking for their preparation. Have a look at them at Pocket Change Gourmet.

When it comes to cooking vegetables, blanching is a commonly used method. It is somewhat like par-cooking, but it is normally shorter and faster; specifically if one is dealing with vegetables and fruits. It’s a pretty simple method, and is widely used in restaurants in order to make vegetables delightful. Here is how blanching is done.

This cooking technique is especially useful if one plans to heat something quickly, but doesn’t want the flavors to be lost in the process. Here are a couple of popular fruits and vegetables that are usually blanched at restaurants.

This simple technique involves letting a meal cook over its own heat. For example, say that a roast chicken is cooked a few degrees above its recommended safe temperature, the overcooking will finish the dish once it’s been taken off the stove, or out of the oven.

This technique uses the heat retained in food to continue cooking even after it has been removed from the cooking source. It’s essentially great for preparing a Thanksgiving Turkey.

Toasting as well as blooming spices

This method is ideal for the spice enthusiast, because one has to toast the raw spices first before adding them to the food. These include spices like seeds, pine nuts, and fennel that release the flavor to the food.

Sautéing is the process of cooking food within a shallow pan, with very little oil, and on high-heat. Sautéing is ideal when handling thinly sliced food having little to no liquid.

On the other hand, searing is the process of browning the surface of any food or meal. This normally takes place by putting say the steak, in a screaming hot pan.

Lastly, simmering, which is a common cooking technique, is the process of cooking liquids by heating them slightly below the boiling point.

In a nutshell, one can use any of the aforementioned techniques to enhance their cooking prowess and inevitably, whip up a great meal!