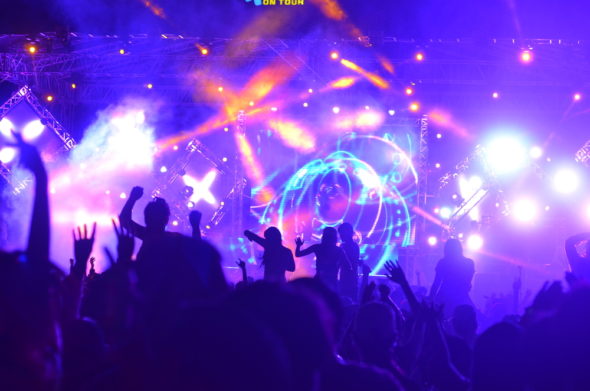 For someone who is admittedly in love with all things old-school, there’s nothing quite like stumbling upon a venue, a scene or an event which effortlessly induced a bit of nostalgia. The absolute best version of this happening is when it happens by pure chance, like on this one occasion when I accompanied a buddy of mine to a building which hasn’t been used for a while, which he specifically wants to rent and turn into a studio apartment/workspace.

I think I’d put a million bucks on my guess that it was an old corner video store as it had a few boxes of dust-covered, unmarked VHS tape cases and DVD cases — you know, the kind in which rented movies came when you took them home from the video store? What induced the nostalgia however was a dated Freddy Krueger movie poster up on the wall alongside a much newer-looking Dawson’s Creek poster. The nostalgia was evident in the both of us because I wasn’t the only one on whose face a fond smile formed as we sat down in the dust and conversed about the “good old days.”

Hours rolled by and I think that’s when I realised I’m actually addicted to that feeling of nostalgia, with its pursuit driving most of my local excursions.

It would be hard to recreate or uncover that nostalgia on a typical trip overseas, but visiting a country like Cuba seems to do the trick in a manner which may be a little hard to explain, but I’ll try my best in any case. Firstly, as someone who has had the fortunate pleasure of having travelled many places around the world as a mere growing child (my parents took me along from age eight onwards), I’ve sort of witnessed how the world was in many of its parts in times gone by, so the memories live on. Those memories come flooding back in a place like Cuba as their classic cars and slower pace of life all come together to create a window into a time gone by, yet it’s all happening right in front of one’s eyes.

Secondly, you know that extended déjà vu feeling which has you feeling like you’ve somehow interacted with something or you’ve been to a place, yet you know there’s no chance you could have ever been there? Well that’s something else which makes a place such as Cuba special to the nostalgia-seeking traveller.

Closer to home however, or rather whenever I go back to my country of birth and spend quite a bit of uninterrupted time over there, I’m fortunate enough to be able to get a good dose of nostalgia by just visiting the likes of the Montreal Old Town. Otherwise Ontario also has a little gem for nostalgia seekers, in the form of the Arcade Hamilton. It’s a very nice and dynamic mix of a venue that’s primarily a bar / nightclub, but has craft beer on tap with some of the other drinks available presented in an old style you’d have to see for yourself to understand just exactly what I mean, but there are also some vintage arcade games available and the people who frequent this venue seem to always be in that old-school character.