Warning: count(): Parameter must be an array or an object that implements Countable in /home/dininggu/public_html/wp-content/themes/wpex-blogger/inc/classes/custom-metaboxes-and-fields/init.php on line 746
 10 Best Foods to Try in the Caribbean - dining-guide.net 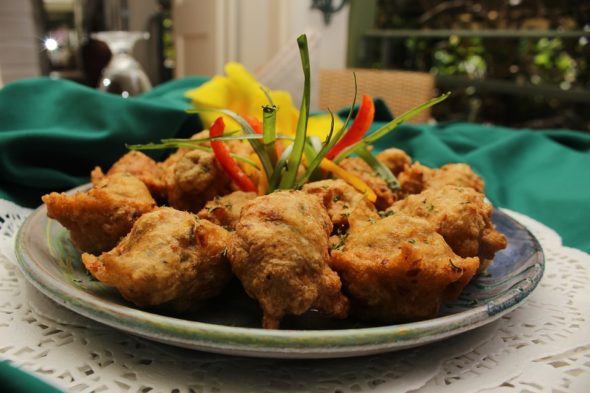 Whenever we travel, one of the best ways to experience the local culture and traditions is through food. Every country has their own recipes and styles of cooking that’s unique to their homeland. The Caribbean is no different. People from around the world plan a luxurious Caribbean vacation and then spend their time sitting on the beach or at a resort. You may be here to relax, but it’s also nice if you have the chance to try some of the local delicacies to get an insight into their way of life. Here are 10 of the best foods from the islands to sample when you’re visiting.

Roast Pork is a very common dish across the islands in the Caribbean. You may have a plate of pork in the restaurant or attend something where they roast a whole hog over a fire. This tradition is common on the islands with a Spanish colonial history.

Chicken and rice is probably the most popular dish in the entire Caribbean. The locals eat a lot of rice and chicken is one of their favorite meats. You can expect to have chicken drumsticks or wings that have been marinated in different spices and served with a portion of white rice. Sometimes the chicken is spicy or fried and each island has their own variation.

This is a vegetable dish that’s popular in Trinidad and Jamaica. Callaloo is a leafy green vegetable, which looks similar to spinach, and is found in abundance on both islands. The dish is similar to a stew with several other vegetables in a brew made from coconut milk. If you get the chance to sample it, expect a bitter taste with a hint of a nutty aftertaste.

Pepperpot is a thick stew that’s made from potatoes, vegetables and meat. This is one of the national dishes of Guyana and is traditionally served at Christmas and special events. You can find lots of restaurants in Guyana that serve pepperpot. The better places have had the recipes passed down from generations in the family. The most popular meats include pork, beef, and mutton and it’s often served with white rice and the bread-like roti.

The Caribbean is surrounded by the warm tropical water, which has an abundance of fish. This makes seafood a popular commodity on the islands and it’s a big part of the local diet. Most of the locals eat fresh fish on a regular basis and you can find a whole range of choices in the restaurants at a reasonable price. You can find red snapper, shrimp, and lobster in a variety of colors and sizes. Each island has their own unique ways to cook and serve the fish and it’s worth checking out the menu to see what’s on offer.

Sada Roti is a type of bread that’s made from flour and mixed with oil to make a dough. This is then stretched out and cooked in a large pan and served with fried plantains or smoked herring. The roti is popular in the West Indies and in particular Trinidad. It’s not uncommon to eat this type of bread with a stew or curry.

Curry goat is a traditional Jamaican dish that many locals eat on a regular basis. You can find a few restaurants that serve it on the islands, but it’s hard to find one that’s as delicious as the homemade ones in Jamaica. The goat meat is marinated and slow-cooked over a low heat for hours until it becomes tender. It’s then made into a curry and with vegetables and potatoes and served with rice and peas. Each family has their own recipe and if you’re lucky enough to try homemade curry goat, take the opportunity to try it.

Congri, sometimes called Moros, is made from rice and beans and is a traditional dish in Cuba. This is stir fried together with chopped vegetables, herbs, and occasionally chunks of meat. You can find this on the menu in several restaurants in Havana.

Pelau is a popular dish in Trinidad. Meat is covered in caramelized brown sugar and mixed with coconut milk to form a broth. Rice, vegetables, and beans are mixed in and it’s served as a stew. This is a favorite dish for some and is easy to find in Port of Spain.

Another dish from Trinidad that’s served in towns and cities across the island by vendors at breakfast time. This is basically a sandwich from two pieces of flat fried bread that has a curry-like or other fillings. You can roll it up and eat it like a burrito like the locals or have it on a plate with a knife and fork. Local Trinis love this and identify with this food like the Italians do with pizza. This is something that every tourist should make an effort to taste when they’re on this island.

One of the best things about travel is to sample some of the local cuisines. Popular foods and dishes in the Caribbean vary depending on the island that you’re visiting. Meat and seafood are available in most places that are marinated and cooked in their own unique style. You also have the opportunity to sample some of the more island specific dishes. If you do visit the Caribbean, make the most of trying some of their most delicious foods.